Cornwall is responsible for more than you may realise. When you think of Cornwall you automatically start thinking of sandy beaches and crashing waves, however, there is much more to the county than this. On your next visit into Cornwall, think about the amazing facts and creations that have come from the seaside county. From scientific discoveries, to Hollywood blockbusters, Cornwall is responsible for some of the world’s greatest creations.

The rocket line apparatus is a system where a line is launched from a ship in distress to the shore. This amazing system was created by Henry Trengrouse,who was originally a cabinet maker and was from Helston.

Trengrouse created the apparatus after the tragic accident of the frigate HMS Anson was grounded. Over 100 men died just off of Loe Bar, which is located near Porthleven. The tragedy happened in 1807 and by 1808, the rocket line had been created. Trengrouse Way in Helston was named after Henry because of the great success of his invention.

Standard soap has been around for thousands upon thousands of years, however, a brilliant Cornish mind created transparent soap much later. The idea came from barber Andrew Pears, who was born in Mevagissey in 1770. At the age of 17, he went to Soho to pursue his barbering dream, this is where he made his discovery.

This is where he became conscious of the fact that people with sensitive skin needed a much more gentle soap. Pears soap was created in 1807 and was a high quality transparent soap with long-lasting bubbles. Pears soap is still sold in most major supermarkets and pharmacies.

Located in Boscastle, the Museum of Witchcraft and Magic was first opened in 1960 by Cecil Williamson. The museum is home to the world’s biggest collection of magical items and the museum delved into the practices of witchcraft and magic in Britain. The museum explores the differences in witchcraft from ancient times to the present day. The museum is also home to some extremely rare bewitching objects.

Donald Healey was born in July of 1898 in Perranporth and was a rally racer. The Cornishman created the Donald Healey Motor Company and named the first car he created, the ‘Healey Elliott’. The Cars were first produced in 1946 all the way until 1950 when the Tickford model replaced the Elliott.

Around 101 Elliotts were made but only around 25 of the cars remain now. Although the cars weren’t actually manufactured in Cornwall, they would never have come into fruition if not for the fantastic Cornish mind of Donald Healey.

Planets, Lunar Craters And An Asteroid

Something remarkable to come from Cornwall is the discovery of the planet Neptune. John Couch Adams was a mathematician and astronomer who was born in Laneast in 1819. Adams had suspicions about a planet beyond Uranus as early as 1841, although it wasn’t until 1845 when he informed Cambridge Observatory where the planet was located, this means that Adams’ discovery was a year earlier than the official discovery in Berlin.

Because of his extraordinary discovery, John had an asteroid, a lunar crater and even one of Neptune’s rings named in his honour.

Daphne Du Maurier was born in 1907 near Fowey and was a fabulous author and playwright. Daphne wrote dozens of books that became world famous, including the classic gothic novel Rebecca. She had a writing career  which spanned over four decades and wrote Jamaica Inn, which the inn near Launceston is named after.

Rosamunde Pilcher is a Cornish writer who is exceptionally popular abroad; she was born in Lelant in 1924 and started writing when she was only 7 years old. In 1943 she joined the women’s Royal Naval Service and by 1949, she had published her first book “Secret To Tell” a great deal of her novels were turned into TV movies; these are strikingly popular in Germany.

Cornwall is one of the most beautiful places in the whole of the UK, which means it’s no surprise that some of Hollywood’s most iconic movies were filmed in locations in the quaint seaside county. The locals are very used to new blockbusters announcing that they will be filming on the stunning coast.

One of the most famous movies filmed in Cornwall, specifically at the Eden Project in Newquay is the James Bond classic “Die Another Day” which starred Pierce Brosnan, Halle Berry and Judi Dench. Another famous movie filmed in the county was Tim Burton’s version of “Alice In Wonderland”, which has some scenes filmed at Antony house starring the Golden Globe winning actor Johnny Depp.

Richard Trevithick was born in 1771 in Tregajorran, which is a hamlet located near Redruth. Trevithick was well known for being a famous mining engineer, but not a lot of people know that he was responsible for creating and manufacturing the first steam locomotives before he went away to pursue his career in Peru.

Unfortunately, not a lot of people know about Trevithick as James Watt is widely credited with the birth of the modern engine, however, in truthfulness, Richard Trevithick is the real father of the high pressure steam engine.

Cornwall is known as one of the best places in the UK to go on holiday, but why? There... Read More 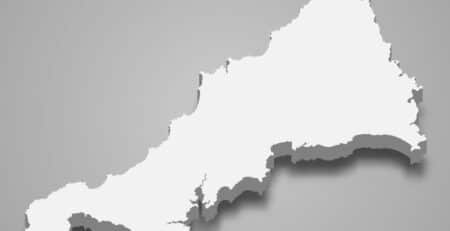