Hayle, Cornwall is a picturesque old fishing town with charm, the finest beaches and easy access to all Cornwall has to offer.

Hayle surrounds a beautiful estuary on the edge of St Ives Bay in West Cornwall.

Archaeological excavations of Greek and Roman pottery suggest it was an important trading port for tin thousands of years ago, and during the industrial revolution copper smelting flourished in the town, the importance of which saw the town’s harbour and townscape being granted World Heritage Site status in 2006.

Hayle was the first town in Cornwall to be awarded “Walkers Are Welcome” status which means the footpaths and trails around the town are well maintained and well-marked. With plenty of rugged countryside around, it’s an ideal place to pull on your hiking boots and set off for your holiday hike.

To the west lie 3 miles of golden sands and, with a constant breeze off the Atlantic, the area is well-known for both its surfing and wind sailing. Hayle’s wide estuary, managed by the RSPB and the UK’s most south westerly, is an important stopping off point for migratory birds.

Top 10 things to do in Hayle

After years in decline since its heyday as a foundry town and port, Hayle seems to be well and truly on the up – thanks in no small part to the summer influx of tourism to the bustling little town. A brace of smart new cafes have opened along the harbour and visitors will always find plenty to do, see and eat.

Apart from the town’s industrial heritage, Hayle boasts some fine natural assets such as miles of fine sandy beaches and an estuary teaming with birdlife. Both are within walking distance of the town which in itself has some great features if you know where to look.

Hayle town centre is unusual in that it is really only one street. However it is a very long street joining the historic Foundry district to the shops of the Copperhouse district and is packed with great little shops, boutiques and cafes to tempt the visitor.

But what can you actually do to pass the time in Hayle? Here’s our top 10 visitor tips for you.

When travelling to the lovely setting of Cornwall, you have plenty of attractions, beaches and restaurants to visit, you... Read More

What Does St Ives Cornwall (UK) Have To Offer?

Found at the north coast, St Ives is one of the most loved and well received destinations not just within... Read More

Is Cornwall A Great Place For Families To Travel?

The county of Kernow is as diverse as anywhere else in the world, filled with awesome Cornwall destinations that... Read More

What Are The Best Sanctuaries in Cornwall?

November 25, 2020 | admin | Cornwall | animals, attractions, cornwall, holiday, sanctuaries | Comments Off on What Are The Best Sanctuaries in Cornwall?

You’ve probably clicked on this article to look for sanctuaries located at the bottom of the United Kingdom in... Read More

A Guide to Cornwall’s Nature Reserves

Cornwall Nature Reserves The beautiful county of Cornwall on the southwestern tip of the UK is best known for its... Read More 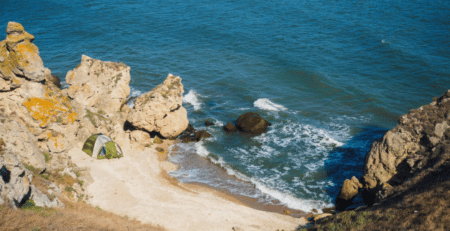 What Makes Cornwall Unique Compared to the Rest of England?

February 27, 2020 | admin | Cornwall | cornwall | Comments Off on What Makes Cornwall Unique Compared to the Rest of England?

If you have ever had the pleasure to visit Cornwall, you will have noticed that it is slightly different... Read More