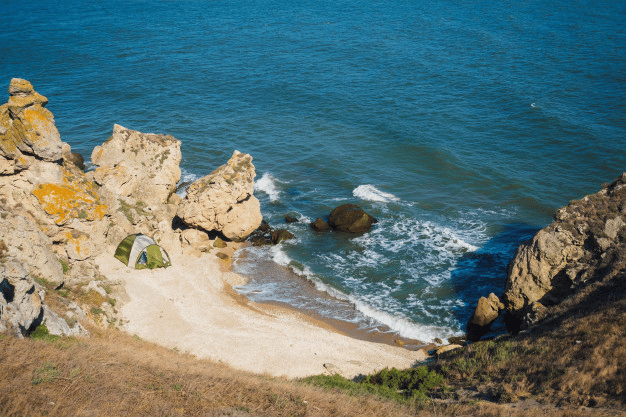 What Makes Cornwall Unique Compared to the Rest of England?

If you have ever had the pleasure to visit Cornwall, you will have noticed that it is slightly different when compared to the rest of the UK. Not only are town names not English, but you will find that their culture and ideologies are different too.

The main reason for this is that Cornwall isn’t actually English at all and was never formally annexed or taken over by England. In fact, many Cornish people believe that they should be a completely separate entity, such as Scotland or Wales, and there are even petitions for Cornwall to become independent.

In 1973, the Royal Commission on the Constitution highlighted that the legality of this move is doubtful and they even went as far as to recommend that Cornwall was not to be referred to as a county but rather as ‘The Royal Dukedom of Cornwall’. This means that Cornwall should be seen as its own separate country ruled by the current Duke or Duchess of the region which is known as a ‘Duchy’ for short.

What makes this so strange is that Wales was actually formally annexed to England for centuries whereas Cornwall never was and there is no evidence of legal documents to show that it ever was. Wales now stands on its own but Cornwall is still considered by the majority of England as a county rather than a ‘Duchy’.

The true constitutional status of Cornwall as of today, and for centuries in the past, is similar to that of the Isle of Man and the Channel Islands. It is of Crown Dependency which means that the head of state for all three of these entities is the current reigning monarch of Great Britain.

In the case of the Isle of Man and the Channel Islands, the Queen is represented by a Lieutenant-Governor and each dependency has its own parliament, government and prime minister to make all laws, except for those about defence and foreign affairs which are looked after by the British Government. This means that the British Government in London has no power over these entities unless their governments agree.

The Channel Islands are the closest in equivalency to Cornwall and are not ruled by a monarch but rather by the Duke of Normandy (although Queen Elizabeth II has claimed this title). This is similar to Cornwall as it is ruled by the Duke of Cornwall, not the Queen of England.

For centuries, Cornwall was ruled by Earls who were appointed by the King and who made their income from the south-western area. The earliest of these earls were Count’s Brian and Alan who were carefully chosen from Celtic-speaking Bretons.

The reason for this is because the language that the Bretons used was almost identical to that of the Cornish and so they were seen as the best fit to build bridges between the two peoples. From 1337 to the present day, the rulers of Cornwall have been Dukes, who also make their income from Cornwall and its surrounding areas.

When there is no Duke, which can only be the eldest son of the current reigning monarch, the Duchy reverts to the Crown. The Crown then holds it in trust and rules in proxy to the Duke until the next Duke is born if there ever comes such a time. The Crown owns every single bit of land throughout the whole of Great Britain except that of Cornwall where the absolute owner is the Duke.

Cornwall even has its own government which has a clear distinction from that of the British Parliament. It is known as the Duch Council and is currently completely unelected.

The current laws that are in place also allow Cornwall to have its own elected Parliament, known as the Stannary, which has many legislative powers. They even have the right of veto over Laws, Acts and Statutes that are made by the Westminster Parliament. This power was granted to them by Henry VII all the way back in 1509.

By the time of 1549, these rights were abolished by Archbishop Cranmer’s Act of Uniformity which forcefully imposed the new Protestant English State Religion and set the State Language to English to Cornwall and many other regions of the UK. This is when Cornwall’s distinction from the rest of England was lost and this led to a war that lasted 2 months and saw over 10% of its population massacred.

Despite the events that happened during this time, the rights and powers of the Stannary Parliament were confirmed to be still fully extant at law by the Attorney-General of Westminster’s Parliament, Lord Elwyn Jones. This happened as recently as 1977 and was in response to a question raised in the House by Plaid Cymru.

As is tradition, the Stannary Parliament is convened by the Duke but no Duke of Cornwall has done so since 1752. The failure of successive Dukes to take up this responsibility can only be concluded as an arrangement with the Crown and Westminster. Currently, the Duke of Cornwall is constitutionally immune from prosecution which means that the unique situation of Cornwall cannot be resolved in the courts and this is why it is still a grey area for many.

The Duchy Council still continues to ensure that it retains the rights to convene a Cornish Parliament at any time it sees fit to. They do this by always having a duly appointed Lord Warden of the Stannaries to fulfil this responsibility by that of the Duke’s instruction.

So there you have it, Cornwall is in a truly unique position and it doesn’t look as though it is going to be fully resolved anytime soon. Tell us what you think below, should Cornwall remain part of Great Britain and be fully governed by The Crown? Or should it become independent once again and have the rights to govern itself without guidance or advice from Westminster?

Cornwall is often thought of as a place made for families, and in part that is true, however, there... Read More

As we enter another year of this seemingly never-ending pandemic, staycations are more popular than ever, and if you’re... Read More

It is no surprise that Cornwall is known for its traditional celebrations and festivals. Here are our favourite unusual... Read More

Christmas Activities For All The Family In Cornwall

December 6, 2021 | Twice As Nice | Cornwall, Hayle | christmas, cornwall, things to do in cornwall, twice as nice | Comments Off on Christmas Activities For All The Family In Cornwall

Christmas is one of the best festive seasons for many. It is at this time that families gather and... Read More

November 15, 2021 | Twice As Nice | Cornwall | christmas, cornwall, things to do in cornwall, twice as nice | Comments Off on Upcoming Christmas Events In Cornwall

Cornwall is one of the best destinations at any time of the year. However, it is during the Christmas... Read More

Every Beach In Cornwall You Can Visit – Twice As Nice

5 Of The Best Farmers Markets In Cornwall

One of the greatest things about Cornwall is the amazing fresh produce, they have simply some of the best... Read More